What I learned building a remote team for my tech startup

Building a startup team is a challenge. But being a sole founder and managing an overseas team of multicultural freelance software developers, designers, and marketers is like living life in hard mode. 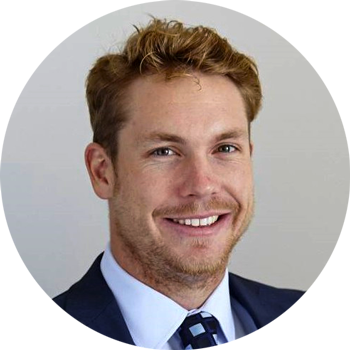 Emerline has contacted Richard Murray, CEO and founder of Tutify, to talk about his experience and the daily challenges he has to overcome to make all his remote team members work as a well-oiled mechanism.

A few words about the project first. Tutify is an Australian startup. The system provides tech tools for tutors and helps parents find good tutors for their children. Tutify founder, Richard Murray, started the company in August 2016 and went live after 4 months of development, in January 2017.

Managing a multicultural team of freelancers

Richard is a sole founder. He financed the company himself. Early in the development he decided to hire freelancers to help him build an MVP and improve the product.

Before launching Tutify, Richard was a commercial analyst and data scientist in the energy industry for 6 years. After leaving the industry, he worked casually as an academic tutor for primary and secondary school children in English and Maths, which is where he discovered the need for a service like Tutify. He’s also an amateur full-stack web developer but he has mostly outsourced development work to his overseas team.

The challenge of a scattered team

Richard Murray: As a former tutor myself I understand the needs of my potential customers and the ins and outs of the industry really well but you still need to build the right product. I didn’t want to build the app myself but couldn’t afford to hire local developers as they are very expensive and I wanted to bootstrap the company. I quickly discovered how hard it is to manage even a small, entirely remote team.

I’ve had in total 4 different software developers. Today I have 3 who average between 10 and 30 hours a week on my project. I’ve had 2 local full-time employees, but now I work mostly with freelancers. The only full-time employee I have now is a marketer. Everyone else that I hire is remote: developers, virtual assistants, designers, researchers.

My designer is based in Bosnia. My developers are in India. I’ve also used one based in Macedonia. The researcher I employed was in Abu Dhabi. My virtual assistants are from Pakistan and the Philippines.

The quest for the best

I have had several failures in recruiting freelancers. In some cases, a freelancer would win your trust through good work in the beginning but quickly become complacent and difficult to manage due to time difference, lack of personal relationship, and physical presence.

I believe there are a few other things that contribute to the situation:

The art of herding cats

A lot of my freelancers work on multiple short-term projects at the same time. And they don't necessarily want to give you the commitment in terms of their availability because they want to keep their options open.

So one of the difficult things is being unable to plan ahead. It’s very hard to reliably get out of them what their availability is going to be. This leads to uncertainty in terms of product delivery and costs.

Complacency is another big problem. If you give them a small task and they do very well and you hire them on that basis, they can become complacent. They really shine for that small period and then become unreliable and lazy.

Some developers overreport time to bill for more money. I use Upwork which has a screenshot tool to track your freelancer’s time however freelancers report that it can be too punitive as it doesn’t capture the other time spent on tasks.

I tend not to use it as I prefer to show trust in them but it can be hard to judge whether a freelancer is reporting time fairly. It’s hard to accurately estimate every development task even if you have a technical background yourself.

Although it was hard, I managed to make my team more responsive, motivated, and reliable. And here’s what I learned.

Test them before you hire

For developers, you can provide technical tests from HackerRank but the best way to test for quality up-front is to set a small task for a small fee (for example, a Chrome extension or small plug-in for my app). If they succeed and show all of the traits required to work in a remote development team (effective communication, punctuality, initiative, perspective on the broader project), then they will most likely be a good hire.

I have a month of a probation period for full-time staff. I carefully assess the developers during that time to see how they work. If they get complacent you have to set expectations and manage them well.

Be friendly and open-minded

In terms of motivating you really need to take a personal interest in their life. Find a sort of hobby that you can talk to them about and share their interests. So for example if they are from India I talk to them about cricket for instance.

Cut them some slack

You need to respect their time as well. At several occasions when I was trying to make them work all weekend because they didn’t give me enough hours during the week. Because if you do that too often they will be frustrated. It’s good to reward them now and then with some time off.

Switch from text to video calls

I like to have video calls because I believe it’s important to build a relationship. If it’s just text it’s not nearly as efficient and you lose that personal relationship over time. You end up not getting as much productivity out of your employees if you rely simply on chat.

Allow them to be more involved in the project

You need to give them enough hours so that they feel engaged and invested in the project. Set expectations around their involvement – when and what they should communicate, what their availability should be, and how you see them in the big picture for the project.

The more stake you give them in the project the more involved and committed they will feel. It’s no different from managing any other project. It has to be managed well, you have to have a schedule, set expectations, document project design and requirements. This is what ensures a decent result.

Let them work on their own schedule

Living in Australia it can be hard to communicate conveniently with overseas workers. But it’s easier to get used to working with Europe or India if you are willing to stay flexible.

It’s important that your developers are working normal hours while you stay up late to talk to them. This means they are fresh in the morning, keen, and willing to work. I am the one making the extra effort there.

I’m from the UK originally and I regularly talk to my parents who live there. So I’m used to making phone calls late at night. I’m OK with doing that. Just try to get yourself into a routine.

There are certainly challenges in working with people from all over the world. However, I believe that you can get great value for money if you have a decent hiring process and are an exceptional manager. Building a remote team is challenging as it is difficult to build a team culture; however, it is not impossible.